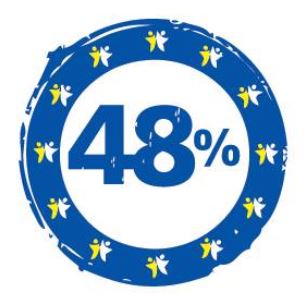 It is our democratic right and our patriotic duty to oppose an action that will ruin our country’s economy, global standing, which will reduce our childrens’ quality of life and remove our European Citizenship rights against our will.

The UK is a great country. It has punched above its weight for over three centuries. We have managed this through the enterprising spirit that led us to look outward and establish an empire and in leading the way to industrialisation. We have fought to maintain democracy in Europe and we have created the greatest health care service in the world.

In 1975 we realised that to maintain our country’s place globally, to stabilise our economy and maintain our political clout, it was wise to join the EEC. Our membership within this structure we helped create with the vision of Winston Churchill, the single market that Margaret Thatcher helped build, has helped the Member States enjoy the longest period of peace in our time that the continent has ever seen. It has helped each and every member state to a greater level of well being than when they joined. It has improved infrastructure and trade flows for every member of the Union.

Just as the UK helped build the EU, the EU has helped make the UK what it is today; an economically strong country, attracting investment from multi nationals due to being a gateway to Europe. A cultural powerhouse whose cudos extends beyond Cool Britannia and inspires others to emulate us. We want to be that Britain which is at the forefront of progress. The EU shares our values and helps them resonate globally.

Brexit will help make us what we were in the 70s … the sick man of Europe. After forty years of politics failing to inform the public of the benefits of membership, after forty years of the press taking the attitude of “What has the EU done today, and why is it bad for Britain”, after years of austerity and a campaign that promised the world but could deliver nothing, a narrow lead for leave was as good as a failure.

On the 23rd of June, 2016 Leave won a referendum. Politicians and press failed the country and the people made the wrong decision by the narrowest of margins.

Democracy gives us the right to challenge a decision that is bad for the country. It is our duty to oppose anything that will damage our home, our families, our friends. Because while only 37% of the population who were able to vote, voted to leave, 100% of us will be affected by this. 100% of us will lose our European Citizenship. 100% will lose the Human Rights established by the EU and the UK as a part of that. 100% of the population will be affected by increased prices for food, by the loss of jobs as companies move away or cease to invest.

This is our country. We will defend it.

It is our Europe. It is our right to be part of it.

The 48% aims to overturn Brexit through any legal means possible.

Failing that, the 48% will campaign to return the UK to the EU.

Should we succeed in finding an exit from Brexit, we will continue to educate and inform our country about the benefits of the EU.